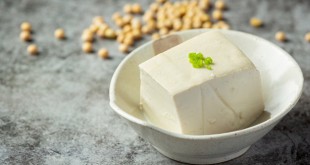 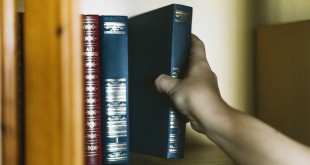 If you did not hear about high-altitude platforms (as known as HAPs) yet, you will soon. Since brands like Google, Facebook and Airbus had put their attention to this technology, it´been a subject to bear in mind.

An article published in the last edition (Jul./Sep. 2016) of Journal of Aerospace Technology and Management, JATM, gives a deep overview on the history of HAPs, the current state-of-art, technology trends and challenges.

High-altitude platforms (HAPs) are airborne systems, usually unmanned airships or airplanes, positioned above 20 km (65,000 ft) in stratosphere. These systems have applications such as surveillance, environmental monitoring and communication, including Internet services.

According to Transparency Market Research, a market analysis company from India, the global HAPs and tethered balloons market was valued at USD 2.30 billion in 2014 and will reach a valuation of USD 4.77 billion by 2023. One of the reasons is its large competitive advantages over satellite systems: HAPs need cheaper maintenance costs, can be controlled more conveniently and require less installation time than satellite systems.

In addition, HAPs are a good sollution for telecommunication services among remote areas because the product suffers less interference caused by obstacles (i.e. buildings and ground elevations) and needs shorter time to deployment in comparison with terrestrial infrastructure.

However, HAPs still face some technological challenges, which need to be overcome, as lightweight structures, energy generation and storage with RFC (regenerative fuel cells), thermal management, operation at low altitudes and increase in system reliability.

Government & defense accounts for the largest share of HAPs worldwide. Thus, the review of JATM found, in the last decades, high investment on HAPs research in countries such as US, Japan and South Korea.

The most common types of aircraft used as HAP are airplanes, airships and balloons. Over the past 20 years, several projects for research and development of HAPs were started. Many initiatives had no evollution, but some of them reached advanced stages of development and are drawing world´s attention.

The multinacional Airbus announces its Zephyr S as a HAP to be used for humanitarian missions, precision farming, environmental and security monitoring, and to provide internet coverage to regions of poor connectivity, in addition to military missions. In February 2016, the company received from UK Ministry of Defense a request for production and operation of 2 Zephyr S, worth USD 18 million.

The French government is also providing funds (USD 19 million) to develop Stratobus, an unmanned airship from Thales Alenia Space, whose initial market is expected to be for Earth observation. Stratobus will carry payloads to perform missions such as the surveillance of borders or high-value sites, on land or at sea, security, environmental monitoring and telecommunications. The product may be offered to the market after 2020. A demonstration flight is schedule for 2018.

Two-thirds of the world’s population does not yet have Internet access, claims the giant Google, the creator of Project Loon – a network of balloons designed to connect people in rural and remote areas, help fill coverage gaps, and bring people back online after disasters. This year, the product was tested in Sri Lanka and Puerto Rico. At the same time, Google is developing another HAP, the Solara airplane.

Facebook is also part of HAPs technology with Aquila, a product that will provide the Internet to 4 billion people in sub-Saharan Africa and other remote regions that do not have access currently. The company has announced last june the first successful test flight of a high-altitude solar plane to bring Internet access to remote parts of the world.

As pointed by engineer Flavio Araripe, first author of the article, the future of HAPs will be driven by the evolution of competitors, such as microsatellites constellations, and by the availability of financial resources to overcome the technology challenges. 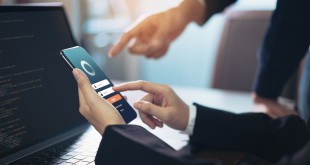