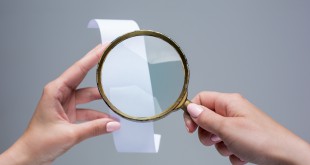 What do Coca-Cola, Google and Samsung have in common? All of them is investing in the smallsat business. Smallsat is a denomination given to satellites that range from the size of a kitchen fridge to the size of tennis balls. Or even less. They always have a wet mass (including fuel) below 500 kg.

It´s not just the miniaturization of electronics but also their accompanying reliability, performance and smaller costs that make smallsats a good option to improve phone calls, internet and GPS signals around the world, among other services.

Some specialists say smallsats are supposed to change the way science can be done from space.

The article “Status and Trends of Smallsats and Their Launch Vehicles”, published in the latest edition (Jul./Sept. 2017) of JATM (Journal of Aerospace Technology and Management) presents a scenario analysis of these devices and its correspondent launch vehicles.

“Smallsat constellations are a robust solution to improve service quality. When a satellite is lost, for instance, the service is still available”, says Timo Wekerle, the lead author of the paper and researcher at Aeronautical Institute of Technology (ITA). “The satellites´ replacement is quicker and cheaper when smallsats are used. That´s why these devices always come together with new technologies”, he includes. The article refers to 863 smallsats, which were identified between 1995 and 2014. According to the study, smallsats are mainly used in science, research and development (48%), communication (27%) and remote sensing (18%). Most of them was launched by the USA (51%) and Russia (11%), but Japan, China, United Kingdom and Germany are also paying attention to this technology.

Euroconsult estimates a market value to develop and launch Smallsats of about US$ 22 billion between 2016 and 2025. It represents a forecast of 3,600 smallsats to be launched during this period.

In five to ten years, it might be difficult to justify the use of expensive large spacecraft, when a mission could be attended by cheap and responsive smallsats. “A cubesat, for instance, may cost 100 times less than a regular satellite”, says Wekerle.

The competitiveness with conventional satellites also affects the market. The constellations will force geostationary satellite operators to lower their prices according to Selding 2015 (a, b).

Spaceworks anticipated in their 2016 Nano-Microsatellite Market Forecast that 3,000 nano and micro-satellites (less than 50kg) would be launched between 2016 and 2022, as seen in Doncaster and Shulman 2016.

A model is the limelight of smallsats. Many governmental organizations and private companies are investing in the design of CubeSat buses and payloads. According to NASA, CubeSats are a class of nanosatellites that use a standard size and form factor. The standard CubeSat size uses a “one unit” or “1U”, measuring 10x10x10 cm.

Even a worldwide Cubesat program in order to achieve a sustainable global space exploration was proposed by Ansdell, et al. (2011).

But smallsats still face challenges related to their launch vehicles – which still need to have competitive prices, production in large scale and required adjustments to smallsat specifications. Only 8% of tsmallsats were launched by Micro-Lvs. Therefore, the majority of smallsats was launched as secondary payloads, which offers reasonable prices, but may not offer the desired launch date and orbit. 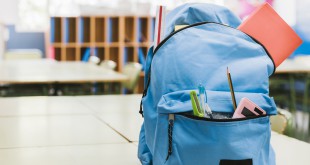